Allow me to provide an unpopular opinion. It’s no secret that I deeply invested in the Marvel Legendary franchise, designed by Devin Low and published by Upper Deck. I have referred to it often as my favourite deck-building game, not just because of the depth of gameplay that it currently provides, but also for its versatility. It can be played as pure co-op, or as a cutthroat competitive game, and it scales from gateway to brainburner, depending on the company. No other deck-builder, in my experience, has the versatility to provide for such diverse audiences and gaming experiences. For that reason, it has pride of place in my collection.

There is a limit to how deep I will go in my dedication to Legendary, and I found it this week.

Upper Deck have announced what seems to be a re-release of the original base game, but with art and characters from the first phase of the Marvel Cinematic Universe, to be unveiled at this year’s GenCon. The art will no longer be the gorgeous and diverse comic book art style that makes Legendary pop so hard on the gaming table, but stills and photos from the blockbuster Marvel movies. According to the publisher:

The Avengers are back in a new setting with images straight from the Phase 1 movies of the Marvel Cinematic Universe (Iron Man, Incredible Hulk, Iron Man 2, Thor, Captain America: The First Avenger, Avengers). Black Widow, Iron Man, Captain America and more face off against the Villains of the first six movies. Three Masterminds including the all new Iron Monger and his Iron Foes try to complete their evil schemes.

I had this moment with the release of the Spiderman Homecoming expansion. It is one of the few Legendary expansions that I have passed on, and ultimately it was only due the fact that the use of movie image stills would just be so out of place with the rest of the game.

Superficial? Maybe. But surely a big contributor to the love of the boardgaming hobby is the aesthetic. Part of what constitutes the magic circle of gaming, what transforms the experience of shuffling cardboard and plastic about on a table, is the immersion in the gameplay aesthetic. And the mix of art and screen capture is going to undermine the immersion in the consistent aesthetic. So, despite my abiding love of this game, the Legendary Marvel Studios: Phase One set is going to get a hard pass from me.

That said, I do hope it brings in a whole new audience for Legendary, and for deck-building games in general. Legendary is still the exemplary and quintessential Marvel gaming experience bar none, and if this leads to a revamp of the franchise and the production of more content in the longer term, I’m all for it.

You can find out more about this expansion as it releases over on BoardGameGeek. 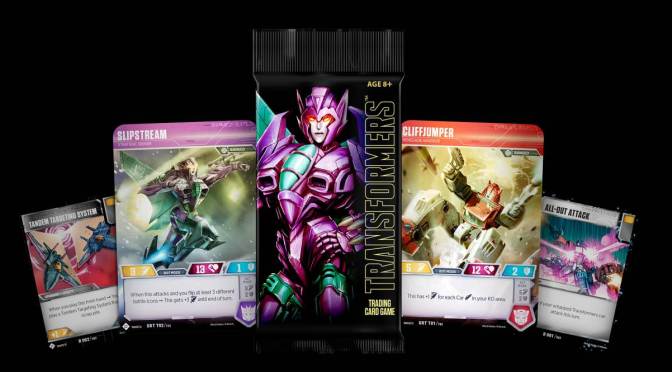 In their ongoing efforts to print money, global gaming companies Hasbro and their subsidiary Wizards of the Coast are set to release a new trading card game based on the globally renowned Transformers franchise. The trading card game space (or TCG) is exceptionally well traversed by these companies, who continue to publish the definitive TCG in Magic: The Gathering. Should they bring the design sensibilities and innovation acquired over the twenty years of Magic development, it is hard to imagine that Transformers will not be a breakout success when it is first released later this year at Comic-Con International and GenCon. END_OF_DOCUMENT_TOKEN_TO_BE_REPLACED

Crownless Kings is a solo campaign journal of the Lord of the Rings: Living Card Game by Fantasy Flight Games. It chronicles each of the published adventures in more or less chronological order, with more or less thematic decks. Each adventure includes a spoiler free strategy overview and deck tech and a separate (spoiler-filled) gameplay runthrough. There’s a sprinkle of Tolkien lore here and there for extra flavour.

The Hunt for Gollum

In this scenario, the heroes are searching for Gollum at the request of Gandalf in the Anduin Valley between the Misty Mountains and the Mirkwood Forest. Rumours have suggested that Gollum is in this area, and the heroes are looking for clues that might put them on the elusive creature’s trail. END_OF_DOCUMENT_TOKEN_TO_BE_REPLACED

The digital version of The Lord of the Rings: Living Card Game now has a launch date – it will be available in Early Access on August 28 this year.

Since I heard about this digital version, I have been eagerly following its development, watching the twitch stream of playthroughs and paying attention to the changes and tweaks as hey have evolved. This is more than I would usually commit to the promise of a digital version of a much-loved board or card game – frankly I have been deeply invested (emotionally and financially, frankly) in the Lord of the Rings Card Game for the past four years at least.

The LOTR LCG is easily one of my favourite boardgames of all time. Part of this is due to it solving many of my persistent complaints about Magic the Gathering – by being both co-operative and a Living Card Game.

The Living Card Game (LCG) model, which was pioneered by Fantasy Flight Games, provides a fixed distribution approach in contrast to the traditional Collectible Card Game model. Instead of the blind purchase of randomly arranged ‘booster packs’ that is the norm for games like Magic the Gathering and Pokemon, the expansions for LCGs always contain the same cards, and are always known in advance. Not only do you know what you’re getting, but the fixed format means that every player has equal access – more or less – to every card needed to optimise their deck.

That means no secondary market in expensive or unavailable rares/ultra-rares, no bidding or chasing promos, no ‘pay to win’ game experience. Instead, the LCG model provides a complete and self-contained game experience, with expansion packs that you can purchase at your convenience at an easily affordable price. The depth of your involvement is up to you, and there is enough content available now to ensure the game is immersive and endlessly replayable, while still providing a memorable gaming experience for casual players.

The fact that the LOTR LCG was co-operative also means that it doesn’t present the same barriers to entry that Magic presents. I get all of the stimulation from the analysis that goes into complex deck-building, but knowing that bomb deck is going to increase the chances of people playing with me again, not the reverse.

There’s little surprise that I have been eagerly awaiting the drop of the The Lord of the Rings: Living Card Game on Steam, and today we find out that it will enter into Early Access at the end of August, and will arrive with the Adventures in Mirkwood campaign, a core set of starter cards and an set of 21 unlockable cards. Early Access will last about 3 to 5 months, and the game will be released as a free-to-play title after that, with a robust schedule of updates to follow. Co-op play has been identified as a major feature that FFI are scheduled to implement by full release, but the Early Access will only accommodate  single-player.

To be honest, from what I have seen to date, the digital version shares the artwork and basic mechanics of the tabletop version, but little else. It seems to be an entirely distinct product more akin to Hearthstone than to the card game itself. This is coupled with my general skepticism of free-to-play games, which tend to end up costing a lot more to play in the long run. But I’m open-minded here, and ultimately I’m looking forward to testing it out during early access.

I’m pleased that Fantasy Flight Interactive have made so much effort to getting the game right, to responding to feedback and to meet the needs and requests of fans of the LCG. This is the newly launched FFI’s first-ever title, and their commitment to community engagement bodes very well indeed.

You can register for Early Access on Steam here.

If you’re interested in getting into the tabletop card game, you can check out the deals at OzGameShop, including discounted expansions. Delivery is free for orders over $50, and purchases via this link support the House of Nerdery. Just saying.